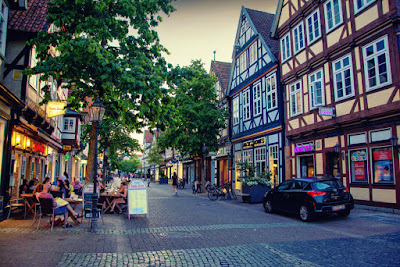 We've come to the end of the 30-day challenge! As usual it has been a lot of fun. It's been so lovely to finally get around to edit these shots, and even lovelier to see everyone else's pictures each day. Thank you so much for joining me, for sharing the experience with me and for all of your kind comments. It has been marvelous! 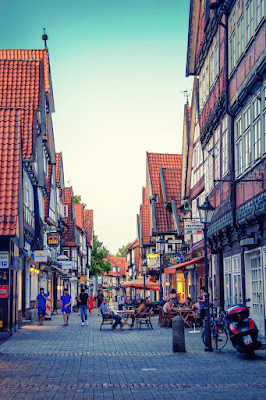 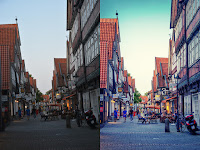 I may have said it before, but I use a plug-in program with Photoshop, called "Nik Collection". One of the best things about it is that it allows you to save recipes for editing, and by now, I have a fair amount of them. So instead of tweaking everything from scratch, I can use a recipe, and that adds a bunch of adjustments (sort of "layered" on top of my image) and then just tweak those adjustments  to my liking and add one or two more on top. If RAW is the yin to my editing, the plug-in is definitely the yang. I started using it a few years back when it was free, and now I don't want to be without it. 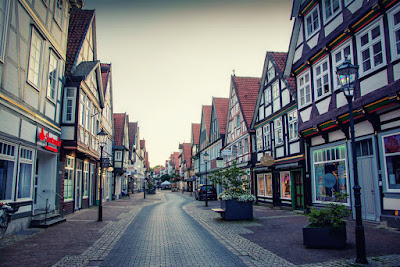 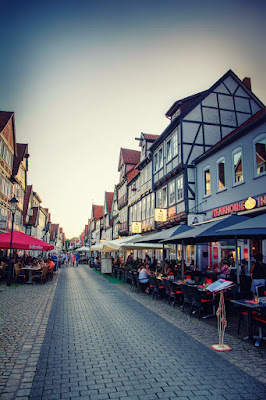 We've traveled again, I realized the challenge has come close to its end and I did not want to leave out my shots of Celle, so I skipped ahead a bit. Celle is a wonderful medium sized German city that is known for its picturesque center with over 400 timber framed houses. Like I've said before, I adore old architecture, and this city absolutely floored me with its beauty. We really only stopped by on one evening though - we arrived late on our way back north and left early the next day. I would have loved to stay there longer, but sadly our holiday was nearing its end and we had to get back home to go to work again. The city was absolutely stunning in the twilight, and eating there, outside as the sun went down, was magical. I have a feeling Celle will become a regular stop of ours as we go on our road-trips. One evening there is simply not enough and I want to explore some more. I managed to get some lovely shots of it though. I hope you like them too. 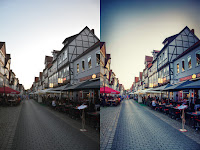 Day 26 - Through the Château Windows 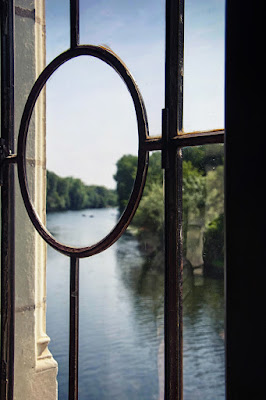 The trouble with tourist hot sports like Château de Chenonceau is that if you go inside, so did a lot of other people. With crowds like that it's very hard to get a clean shot of the pretty interiors, and even if you do manage to get one, you seldom have time to compose them in an optional way. As I was wandering though the many lovely rooms of the chateau I thought I had managed to get a few really good shots, but as I looked though them on my computer at home I cringed at some of the mistakes I had made, like cutting off the top of a statue's head or not noticing a busy background element. It's much harder to get great photos on the go in a chaotic environment... I wish I could have gone there all alone with my camera, like I had the good fortune of doing in Cathédrale Notre-Dame d'Amiens. My best shots of the chateau are of small details, like this one. 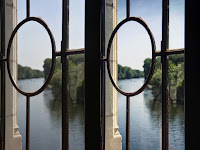 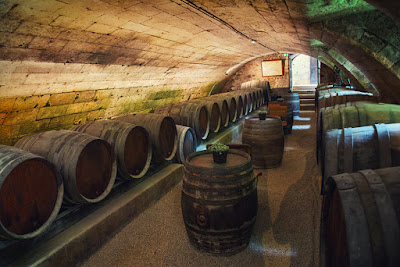 To our delight the wonderful gardens and the chateau itself were not the only things you could experience at Château de Chenonceau. They also make wine and you are welcome to taste them in the wine cellar right there on the grounds. Naturally we did so, and of course we couldn't resist buying some bottles. We limited ourselves to 12, because it would be less handy getting them to our car if we had bought more, but they came in handy boxes with a handle so 12 were just perfect. Since we like collecting wine it really enhanced our visit and this "wine memory" certainly stands out a bit compared to the others, even though we only had very nice memories of visiting other vineyards to begin with. This was perhaps not as personal as meeting the actual wine makers, but what it lacked in that area it made up for with the flair of having such a beautiful chateau and gardens right outside, making the whole experience something special. 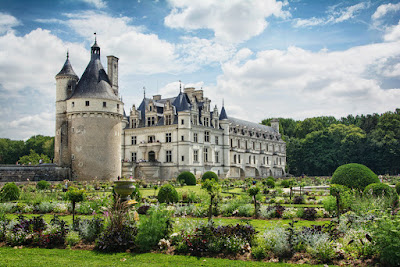 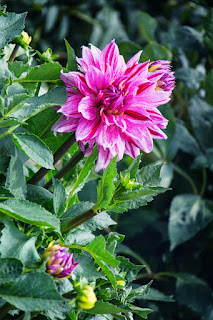 Just like Château de Villandry, Chenonceau has beautiful gardens. They might not be quite as large, but they're just as lovely. Places like this makes me think of novels like Mansfield Park by Jane Austen. It's been so long since I read it I have forgotten most of it, but I remember that there were several scenes set in gardens, and when I read it I pictured a place like this. So today's picture made me time travel again, just like yesterday's shot. 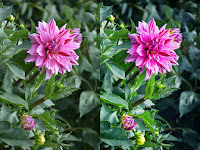 It also makes me think about how things have changed... Back when the chateau was in its prime there were no smart phones, computers or TVs, and the inhabitants spent their time doing stuff like needlework, riding horses or strolling through the gardens instead. It feels so far removed from how our lives are today, and yet, we're not that different from what they were. We're still the same species, with the same faults and virtues, and yet, those times almost feel like something not only from a fictional novel but a fantasy one. Weirdly, times without electricity feel just as foreign as elves and dragons. Isn't it strange how fast our lives have changed? On the scale of human existence, the speed in which we've evolved the last couple of centuries is astronomical. Our lives have practically gone from fantasy novels to sci-fi RPGs in no time at all. But now I'm starting to get philosophical, and when that mood hits me I ramble quite a bit, so now it's time to end this twaddle of mine.

I hope you're having a wonderful day :) 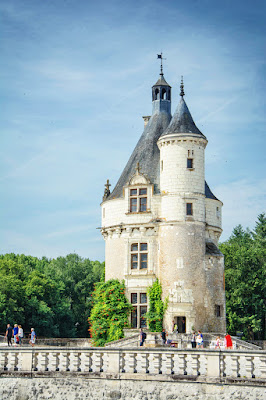 This picture made me think of fairy tales I used to love as a child, like Rapunzel. I can picture her with her long hair up that tower looking out the window. It's funny how some pictures make you think about stuff you've not thought about in a very long time... It's like time travel. Suddenly you can picture the cover of your old children's books or remember how your father used to read for you as he nearly fell asleep himself after a long day at work. I remember those times very fondly, No matter how tired he was, he always read to me, even the stories that he had read a hundred times already, over and over and over again :).

So this picture is for you dad, and all those times you sat by my bed. Thank you for always being there. 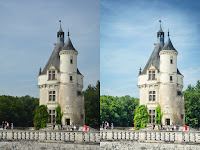 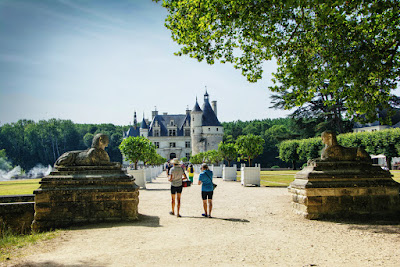 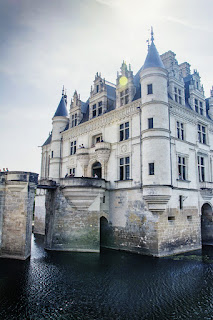 Now it's time for the next gorgeous fairy tale chateau, situated in the Loire valley by the Cher River. Château de Chenonceau is one of the best known of the valley, and it's not surprising - it really is unique, as you'll see. It was built between 1514-1522 on the foundations of an old mill and later it was built to expand over the river - the castle is literally built on a bridge, which makes me think of a certain place in Game of Thrones. Who knows, maybe this is where George R.R. Martin got his inspiration from? It's certainly a place that sparks imagination and it has an other worldly feeling to is.

I don't have to tell you what a joy it was to walk around with a camera here. The chateau is absolutely stunning! The sky and the lighting really cooperated too, making it even more fun. We stayed here, exploring the castle and it's grounds, for the larger part of the day. As the sun crossed the sky I was lucky enough to catch it lit from different angles. This place really is hobby photographer's dream. 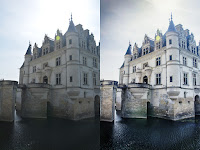 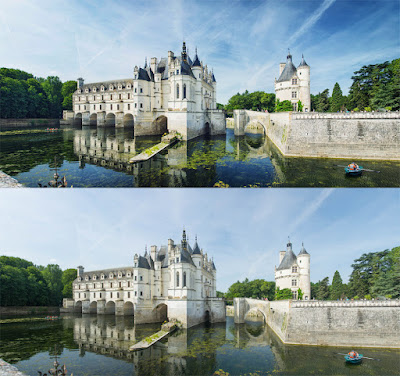 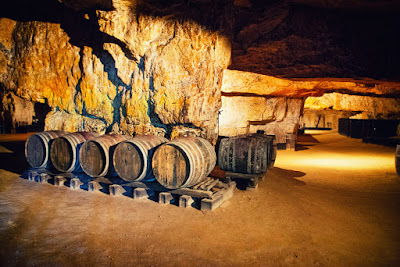 A trip to France is just not complete without a visit to a vineyard, and that goes double if you're doing a road-trip and are able to buy some of the wine to bring home with you. It's wonderful to create a nice memory of the place where the wine you drink months later came from, to remember the beauty of the surrounding area, the passionate wine makes themselves and the charm of wine cellars such as this one, at Domaine de la Chevalerie. Once a mine where they quarried stone, the caverns that were left behind turned out to be the perfect place to store and age wine. They have just the right temperature all year around and they're humid too, just the way the wines like it. Not to mention how beautiful they are.

Day 19 - A Farewell to the Villandry Gardens 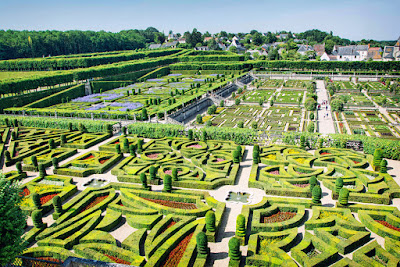 This is the last shot of the Villandry gardens that I'll show you. It doesn't show all of them, but the most of them. This is not shot from the caste tower, but from a forest area on the chateau grounds. The view was really nice from up there. :) 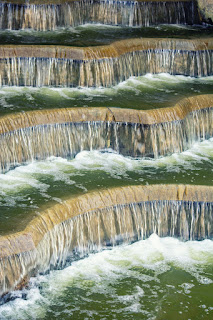 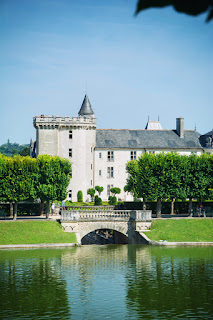 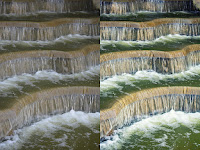 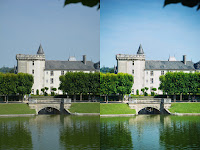 A few days back MadamMtnLion commented about the logistics of providing water to all the plants in the gardens of Château de Villandry. It's actually pretty eco-friendly. They have a reservoir that fills up with water by natural means, and they reuse their water too. So providing water to the 150 000 plants really isn't the same troublesome deal here that it would be in other parts of the world where the climate is less forgiving.

The left picture shows the chateau as seen from a large pond that is situated in the highest part of the garden, and the right picture shows a beautiful set of steps that the water falls down though as it travels down towards the lower parts of grounds (on the other side of the bridge in the left shot). I like the curved pattern to it, it made it fun to compose pictures :)

We've come to the end of the 30-day challenge! As usual it has been a lot of fun. It's been so lovely to finally get around to... 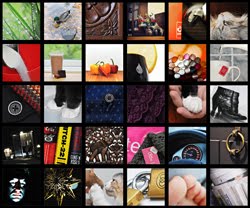 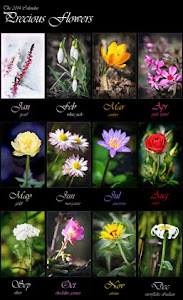